This is a placeholder for your sticky navigation bar. It should not be visible. 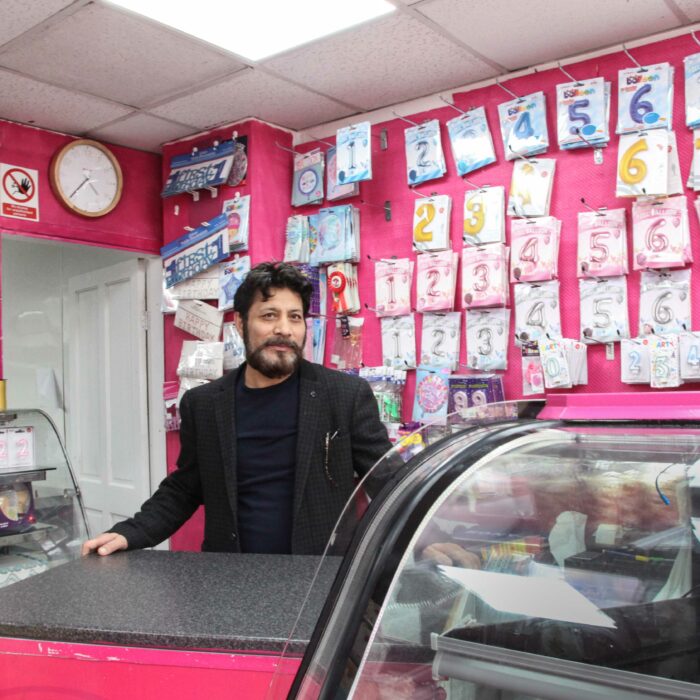 There is a village near Sakardu, near the Indian border, called Siksa. I was born and grew up there. In the region of Baltistan and in our village, the literacy rate is 100%. The first high school opened there in 1964 and so my village was very well educated. From my village, if you go to Khaploo there is a big field, from there you can view K2 in front of you. It’s peak is always covered in fog, so you can never see the top. We didn’t know the importance of K2 growing up. There was a brand of cigarettes called K2 and so K2 for us was always famous because of that. But then tourists started coming, and I realised that this place was famous and I felt proud.

K2 is the second highest mountain in the world and it’s in our village. I feel happy when people come to see the beauty of it. And my village is very beautiful too. When I go to the countryside here, and see cattle and sheep and goats, it reminds me of that time and of my village. There, we had pure, clean spring water that you could drink. And the fruit from our village – apricots, pears, apples… here, people sell these fruits for money, but in our village no-one sells them. You can just pick them and eat them from the trees, for free. If you go there, you can pick them too.

My name is Abdul. I am a pastry chef.

I belonged to a middle class family and my big brother studied as a dental surgeon I belong to a middle class family. My big brother studied as a dental surgeon and my younger brother as an electronic engineer. My father was a labourer, he worked to make money for our education. Because my brother was studying as a doctor and my other brother as an engineer, there was a great financial burden on my father and so I decided not to put a greater burden on him. I went to Karachi in 1987 after doing the equivalent of my GCSE and I started working as a sales man in a bakery.

Opera is the name of a cake, so I named my shop after that. I like this name.

The  biggest cake I made was 30ft wide and almost 15 ft long. It was Pakistan’s flag with its map and the rivers at the independence day celebrations. And the other one was a birthday cake which was 30 by 50 ft.

I am a hard worker and my children as well. You cannot get anything without doing hard work. Especially at Eid, we normally get 100-150 orders at Eid, and we work until 3am because we have to deliver in the morning.

My eldest son plays football. He was selected for the Cheadle team. But their coach left the team and now he has joined the Altrincham team. He is a good player.

He wants to be a footballer when he grows up. He is putting in a lot of effort keeping himself fit, he has a running machine at home. He is trying his best and I also hope he becomes a footballer. But there is so much competition and everyone is football crazy. Everyone wants their child to be a football player.